Four directional LED sports lights which are specifically designed for this type of project will be installed at Nailsea Skate Park, with the hope that this will bring a huge benefit to the young people of Nailsea.

The lighting will be on timers from dusk until 20:00 hours to enable use of the park during the winter months, meaning there will still be access to the park after school as the early nights draw in.

This project has been supported by the local police, whose Avon and Somerset Police Community Trust have given a grant of £1,000 towards the costs, and the ground work for the installations has now begun. The lighting is due to be in place in time for autumn with disruption during the installation at a minimum and the Skate Park still open for use.

‘Getting floodlights fitted at the skate park is a fantastic idea and we realise that it will be restricted in the winter but at least we will get a few more hours to use the park. A massive thank you to not only Nailsea Town Council but also the police and public for supporting this initiative, and of course from our point of view we need to make sure that we ensure that behaviour of park users during these extra hours as well as during normal daylight hours show the community how much we appreciate this new floodlight initiative.’

Nailsea Community Skate Fest is celebrating its 20th anniversary of the event on Saturday 16th July 2022 between 1pm – 5pm at the Skate Park in Millennium Park, and plans for the day include skateboard, scooter and BMX competitions, stalls and activities, and lots to eat and drink. Information on who you can contact to be a part of the upcoming Skate Fest can be found here, and updates from the day can be found on the ‘Nailsea Skatepark Project‘ Facebook page. 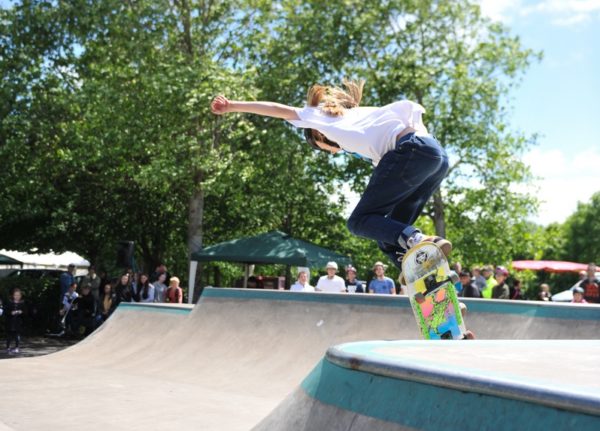