Nailsea Town Council have created a Heritage Trail to celebrate the hidden gems of Nailsea’s local history, perfect for exploring with the whole family.

The trail launches this autumn, with each of the 10 stops across the town revealing another aspect of Nailsea’s past – some more well known than others! From the Wurzels to cider to dinosaurs to the famous Glassworks, all kinds of historical subjects are explored on the trail.

Get to know your town a little better and try and tick off every stop. Each one will be marked with a Nailsea pennant stone plinth and information board with a QR code for audio commentary. The trail is designed to be totally accessible for people of all ages and makes an educational day out for the whole family. 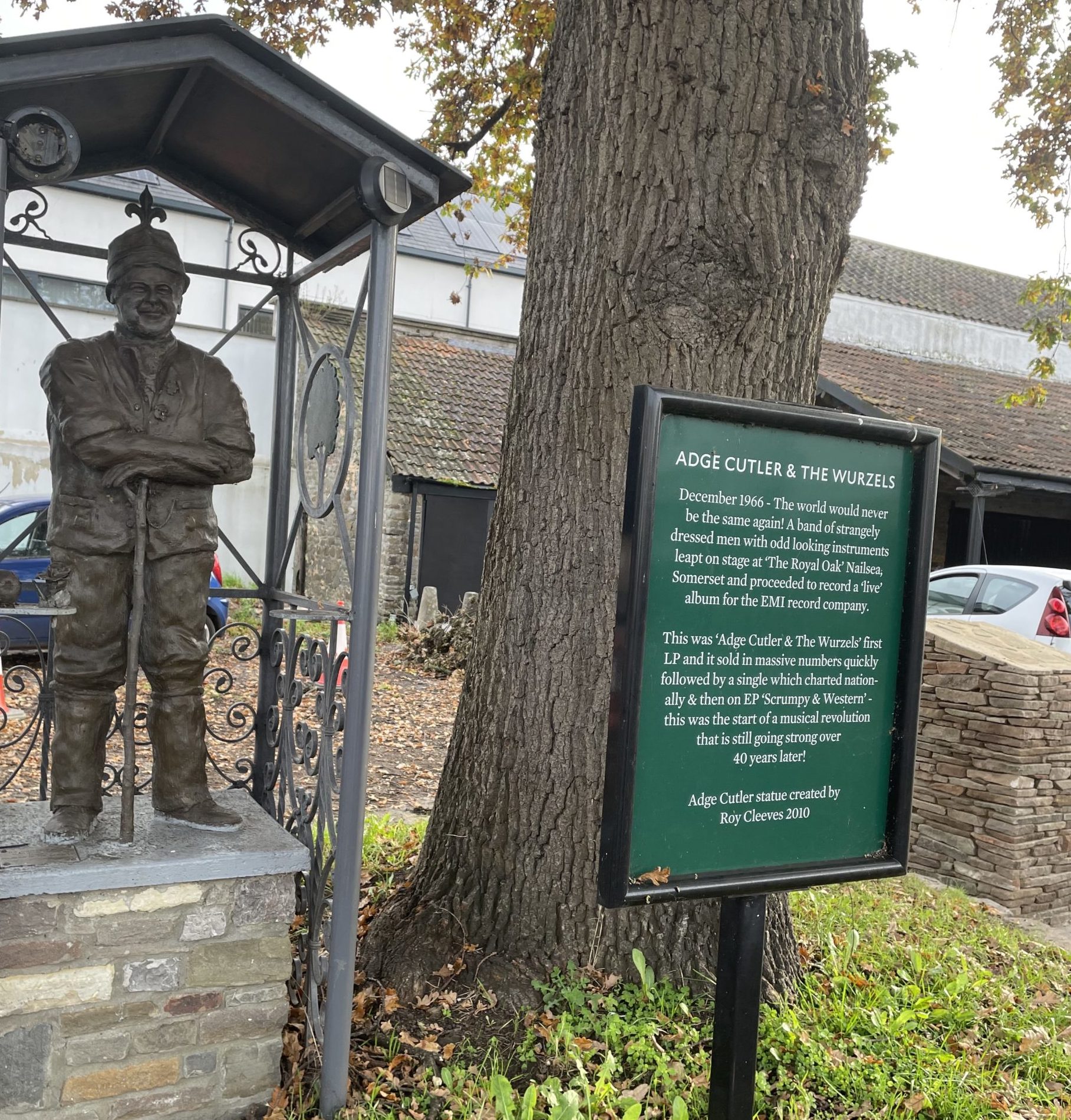 A towering ancient oak tree stood on Nailsea’s village green since 1897, but was found to have died in 2019, cut back, and left as a ‘monolith’. Hear how woodcarver Andy O’Neill transformed this relic into a stunning sculpture. As well as this, you can learn about how the town centre of Nailsea might have looked in the days of the village green from a local resident.

Nailsea’s glass factory was one of the most important in England and the fourth largest in the UK. It was established in 1788 by John Robert Lucas on the site of the Hunting Lodge of the Earls of Berkeley. The site was demolished to make room for the Tesco Supermarket in the late 1990s!

Elms Colliery or ‘Old Engine Pit’ is one of the most complete examples of a late 18th century colliery left in England. A Scheduled Monument, the pit also shows evidence of the evolution of mining technology.

Dating from 1480, the Nailsea Tithe Barn was a place to pay tax to the church. When Hannah and Martha More visited Nailsea in 1791, they were appalled by the poverty faced by local residents. They persuaded the Church to provide housing for a schoolmaster and mistress, and make the barn a school for the education of working class children.

This small woodland is also known as Trendlewood meaning ‘round wood’ and is beloved by many Nailsea residents. The wood was the site of pennant sandstone quarries until about 90 years ago. Since their abandonment, nature has reclaimed the site.

A plinth will be placed at the Coates Estate to mark the history of the R.N. Coate & Co cider company, which ran from 1925 to 1974. Established by Redvers Norman Coate when he was just 22, this stop on the trail aims to celebrate our cider brewing past.

The band famous for celebrating rural life made their first record at the Royal Oak in 1966. In 2016, a bronze statue was erected of frontman Adge Cutler who grew up in Nailsea and worked at the Coates Cider Factory. See the statue and learn about the Wurzels’ story at this stop on the trail.

Discover the incredible story of the Bristol dinosaur Thecodontosaurus and hear from Jack Lovegrove who has been mapping the North Somerset dinosaurs.