Halloween 2021: Where to Get Pumpkins in and Around Nailsea

Even if you’ve left your pumpkin buying until the last minute, you can still find some for sale in Nailsea and slightly further afield too.

The nights are drawing in, the leaves are on the turn, and it’s starting to get a bit chilly. That means it’s time for one of our favourite seasonal celebrations of the year!

Halloween takes place this Sunday, and we can’t wait. Don’t worry if you haven’t had time to get ready, though. We’ve searched far and wide and found all the local shops with pumpkins for sale, so you and your kids can still get carving. It’s not too late to join in with the spooktacular Halloween fun!

But what is Halloween, and why do we carve pumpkins to celebrate it? 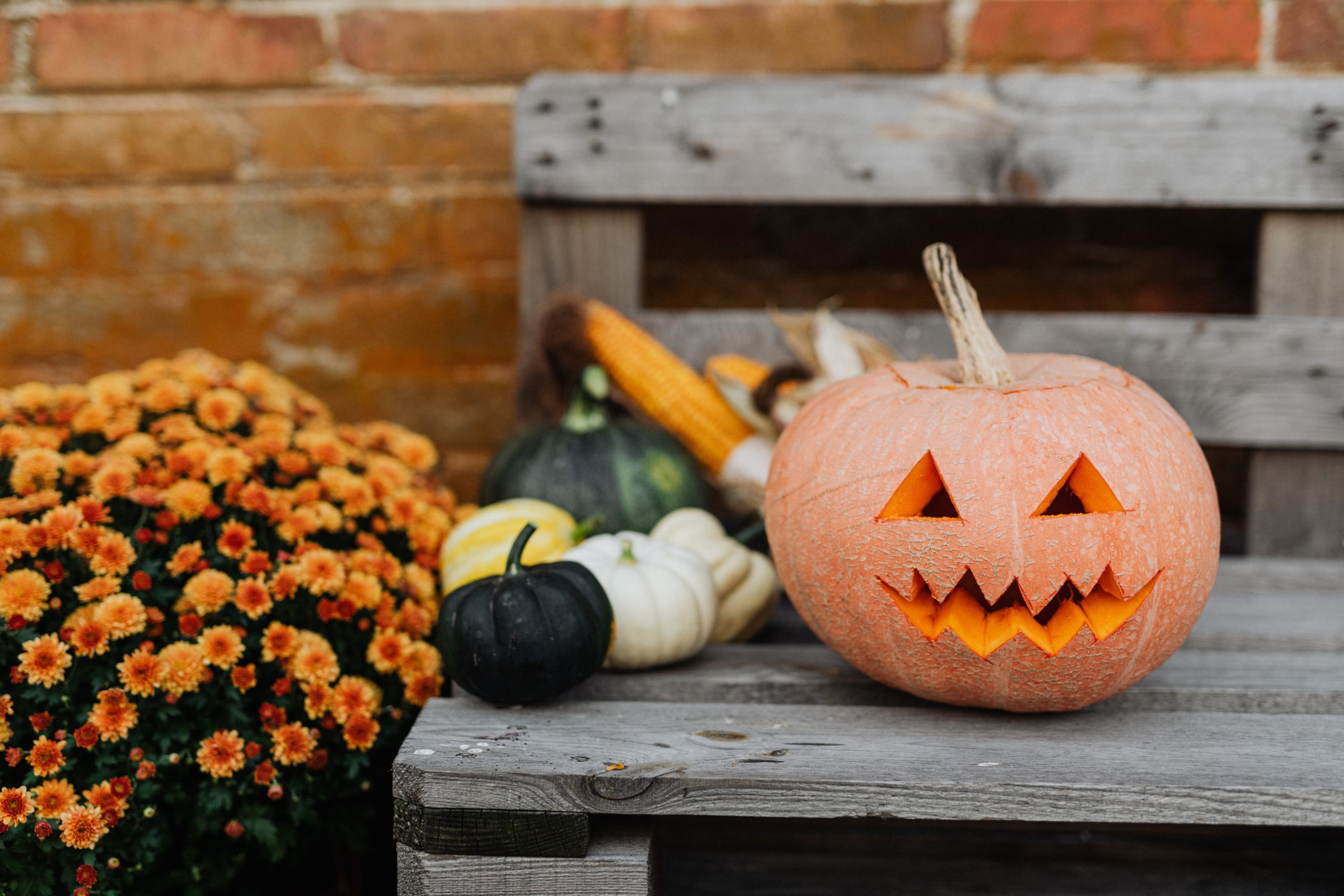 Our modern day Halloween celebration has its origins in an ancient Celtic festival called Samhain. This festival lasted for three days and was a time to take stock and prepare to survive the winter. The Celtic year was visualised as a wheel with a dark side and a light side. Each half was marked by a fire festival, with Samhain introducing the dark section of the year.

During Samhain, it was believed that the boundary between the world of the living and the dead grew thin, allowing ghosts to revisit the mortal realm. To keep evil spirits at bay, Celtic priests called Druids would light large bonfires. After the celebrations, these bonfires would be used to relight hearth fires to protect people during the coming winter.

The Spread of Christianity

As Christianity spread across ancient Britain, the Church attempted to assimilate or replace pagan festivals with their own, including Samhain. Originally celebrated on the 13th May, All Hallows’ Feast, a day commemorating those who died for their beliefs, was moved to the 1st of November by Pope Gregory. The day before became known as All Hallows’ Eve and later Halloween.

Why Do We Carve Pumpkins on Halloween?

Pumpkin carving is an Irish tradition, Americanised. The Irish legend of Stingy Jack tells the story of a drunkard who draws the attention of Satan. Jack repeatedly makes bargains with the devil to elude his clutches, including convincing him to turn into a coin to pay for his drinks at the pub! When the devil does so, Jack keeps him in his pocket alongside a crucifix, making it impossible for him to turn back again.

When Jack eventually dies, he is barred from both heaven and hell, consigned to purgatory instead. Satan does grant Jack one wish before turning him away, and that is to have something to light his way through the dark world. He is given a tiny burning ember from the fires of hell, which he carries around in a hollowed-out turnip he has fashioned himself. It is thought that this legend is the origin of the Will O’ the Wisp or Jack O’ Lantern; ghostly lights seen in marshes and bogs and rumoured to be the spirits of the dead.

The resulting tradition of carving faces into turnips to ward off evil spirits was taken to America in the 1800s with mass Irish immigration. During October, America has a lot of pumpkins, and they are much easier to carve than turnips! So, the tradition we all know and love today was born, originating in a very autumnal, cultural exchange! 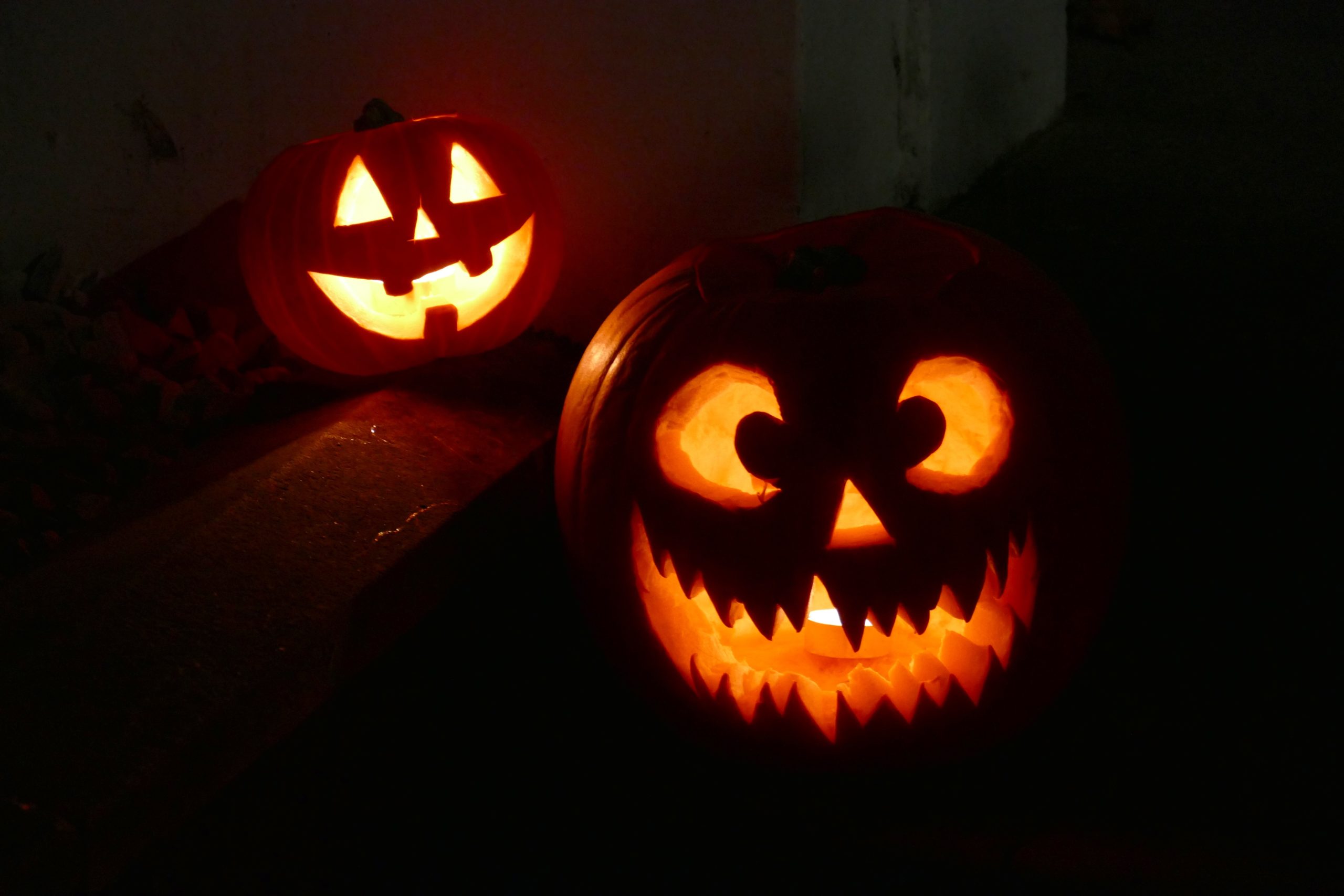 Where to Get Pumpkins in Time for Halloween

Have you left it a bit late, but still want to get carving with the kids? Don’t worry – the following shops are open for business, and may have some last minute pumpkins!

Find out more about Pumpkin Fest >

Pumpkins for sale in the barn daily between 10am – 5pm.