Nailsea based ‘Camp Out, CampIN’ campaign raises £1500 for Foodbank

Recently there have been lots of great ideas to raise funds to assist organisations serving our communities during the time of the lockdown, and Nailsea resident Phil Williams decided to get involved with his passions of camping, and raising funds whilst having fun, but because he couldn’t go to the beach staying over in his van and surf, it made sense to ‘Campout’ on his drive.

After chatting with a few people, it appeared there was an enthusiasm with others over the VE Day weekend to have some fun, celebrate the day, and at the same time spend at least one night throughout the bank holiday weekend camping out within the surroundings of your own house or flat.

A GoFundMe page was set up, with a great little poster designed by Georgia Forbes and two weeks later the event was on. It was a beautiful day and many people throughout the country took advantage of this, camping in their gardens, on their drives, in camper vans or caravans, and some even put up tents inside houses or flats. 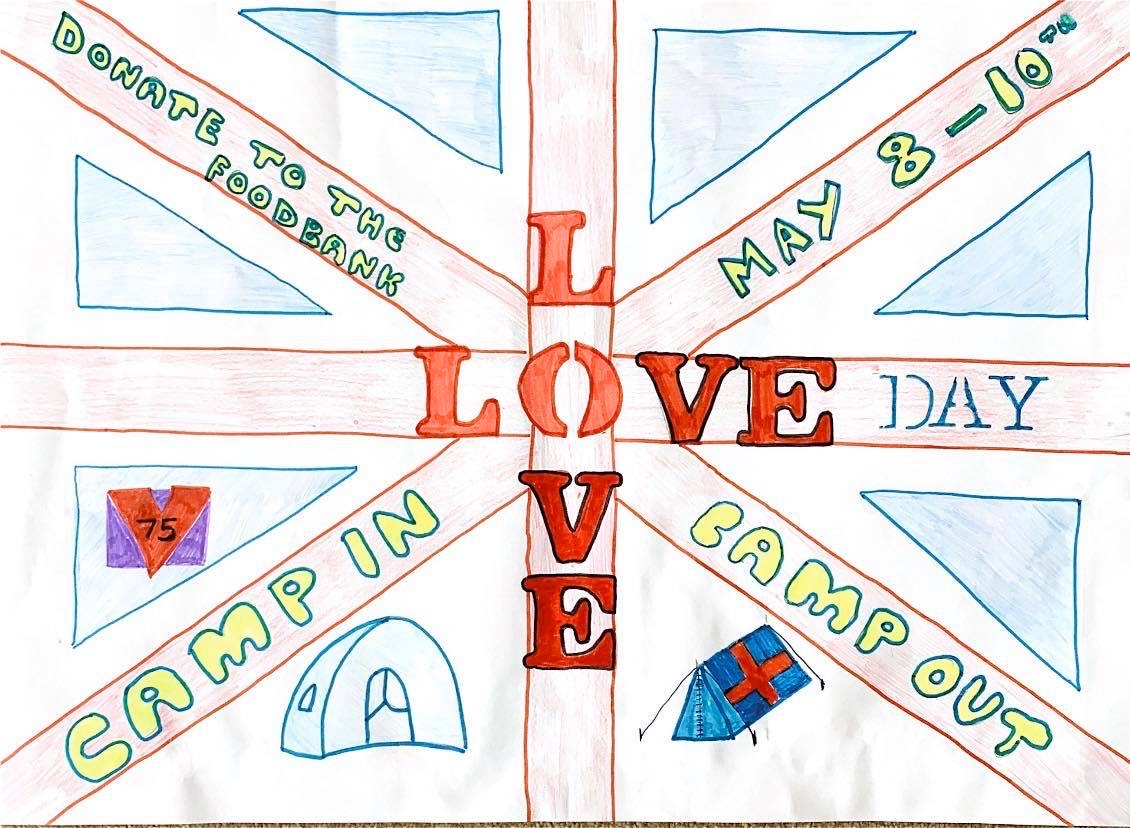 The outcome was an amazing £1500 raised for food bank not only in the Nailsea area but also further afield and this money has now been distributed with £1000 going to support the food bank set up around the COVID – 19 pandemic in Nailsea (Supplementing the amazing work of the traditional food bank in the town) and £500 going to Clevedon food bank for use within the Trussell trust.

Phil said ‘my aim with the incredible bunch of those taking part, was firstly to raise some much-needed money for food bank, which is so crucial in the current climate, with requirements more than doubling for this service, and secondly have some fun.

An initial target of £300 was set but thanks to the amazing generosity of those people who wanted to ‘camp out’ and pay for the privilege, and also those that wanted to pay for the privilege of ‘staying in’ their own beds!, we raised this staggering amount of money. A huge thank you to all those not just in Nailsea, but from around the country who got involved, money like that really does make a difference and I so appreciate the support ’

Mike Rourke, COVID-19 Nailsea Lead for Foodbank said ‘We are so grateful for this amount of money, in fact, any amount of money, which really will make a difference as we continue to serve the people of Nailsea at that particularly key time, a big thank you to all who donated and got involved’

So, a win-win, great fun, lots of money raised, and another example of creativity within the Nailsea community.