The town of Nailsea is known all around the world, thanks to the enduring legacy of the town’s glassworks.

Established in 1788 by John Robert Lucas on the site of the Hunting Lodge of the Earls of Berkeley, it became one of the most important English glass factories. At its peak, it was the fourth largest glass factory in the UK.

Lucas chose Nailsea as the site for his glassworks because of the rich seams of fine coal in the vicinity, and the proposed canal down to Taunton that was to come right up to the door of the glassworks. Also, he hoped it would protect his glass innovations from industrial espionage that was rife in Bristol at the time.

Lucas’s family were in the brewing industry, and he owned shares in a glass factory in Limekiln Lane in Bristol. The Glassworks were built opposite Thatcher’s Brewery, which had been brewing beer in the town since 1721. Shortly afterwards, Charles Thatcher converted a portion of the brewery into a pub for the thirsty glassworkers called the Glassworkers’ Arms (which was formally the Friendship Inn).

Lucas traded the company under the name ‘Nailsea Crown Glass and Glass Bottle Manufacturers’. Nailsea Glass was made by workers at the end of the day from the leftover glass, and became known for its distinctive combed white lines. 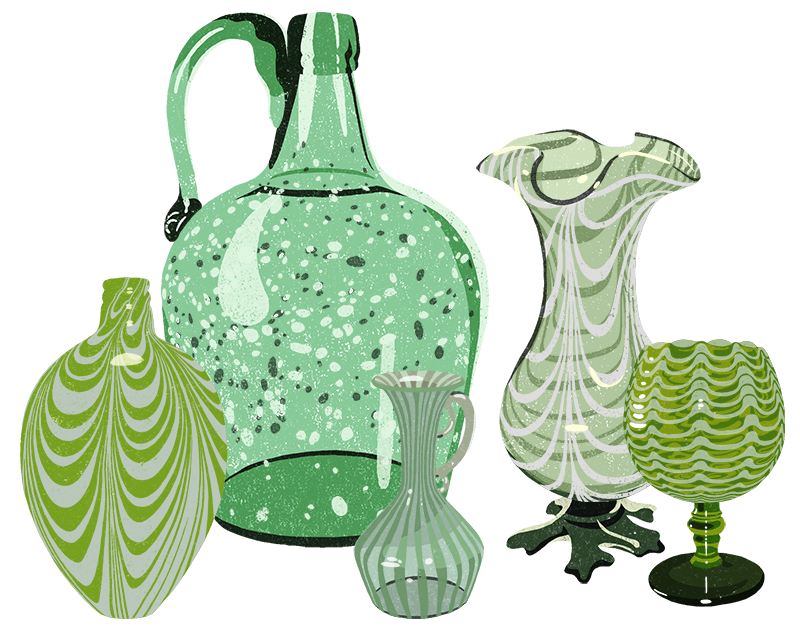 The factory cones dominated the skyline of Nailsea for almost 100 years, until ceasing production in 1873. The canal never materialised, and when the coal ran out, it was the final nail in the coffin of Nailsea Glass.

It had been run under a series of owners, and when the glassworks finally closed its doors, the site was bought up by one of their glass competitors, the Chance Brothers, to ensure it could never be opened again.

The site languished and fell into disrepair, before being flattened to make way for the Tesco supermarket in the late 1990s.

Article and images supplied by: