TV sitcom fans in Nailsea have a unique opportunity to take to the stage as their favourite characters.

The town’s Little Theatre is already planning its show in October this year, based on three classic sitcoms – ‘Hi-de-Hi’, ‘Dad’s Army’ and ‘The Vicar of Dibley’.

‘Three Cheers for Sitcom’ will be an evening of original episodes from the classic comedies devised and written by director, Andy Marchant.

He’s holding a launch for the show on Friday 29 March at the Little Theatre’s Union Street home – and is inviting anyone who fancies having a part to turn up at 7.45pm.

“We all love these sitcoms and the characters in them,” said Andy. “They’ve become part of our lives over the years.

“I’ve taken the characters and written new pieces for them which hopefully will be as much fun as the originals. Now I’m getting down to cast the show and would love to see people who think they might like a part at the Little Theatre on the launch evening. They’ll be able to read the scripts and find out what the show’s all about.”

He added: “There are parts for men and women of all ages and little or no experience is necessary – just a willingness to join in the fun and have a good time. This is a great chance for anyone who fancies being on stage, perhaps for the first time.”

People can find out more before the launch by contacting andy.marchant@talk21.com or 07831 390024

‘Three Cheers for Sitcom’ – which will run from Monday 7 to Saturday 12 October – will follow the Little Theatre’s next show, ‘Wife After Death’, in May. 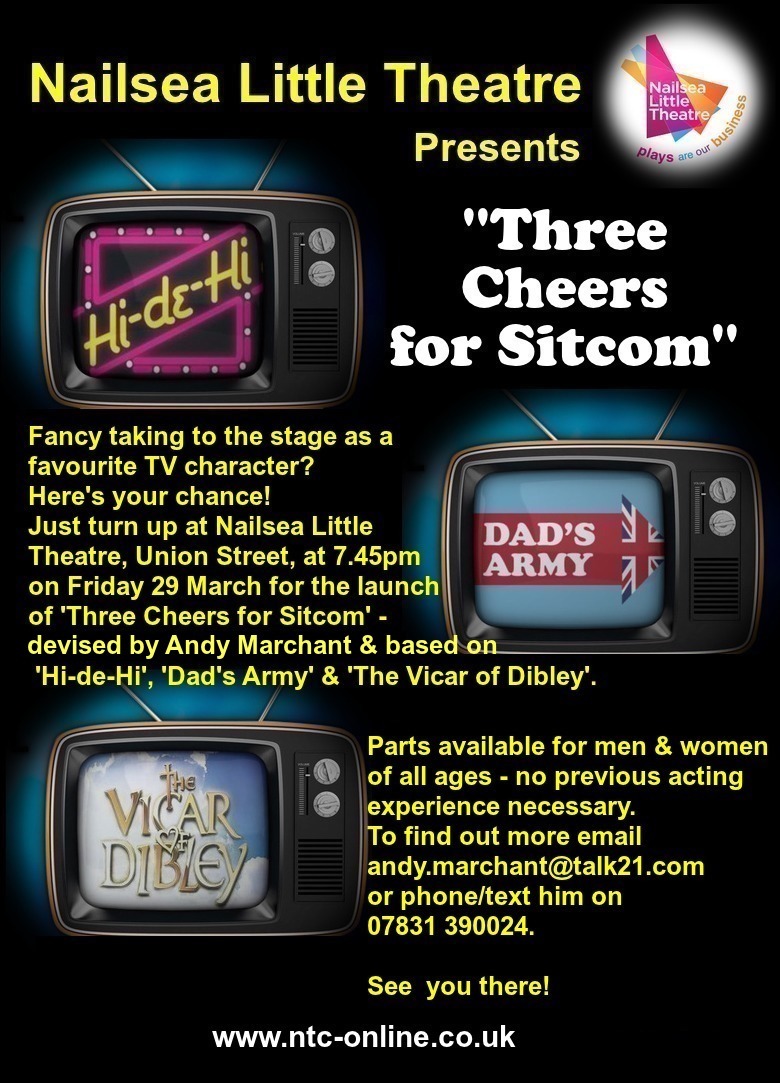