Nailsea School’s Head of English and resident cycling obsessive, Mr Jones, had a book published to rave reviews this April telling the story of the journey from Land’s End to John o’Groats. The book is a lyrical and personal account of his expedition, and looks at the history of the trip considering cyclists like the incredible Eileen Sheridan who covered the distance in under three days in 1954, or current men’s record holder Michael Broadwith who did it in a scarcely believable 43 hours. Mr Jones reaches even further back to the very first attempts in the 1880s, where the trip was undertaken on Penny Farthings on dusty tracks, to recount their amazing efforts. 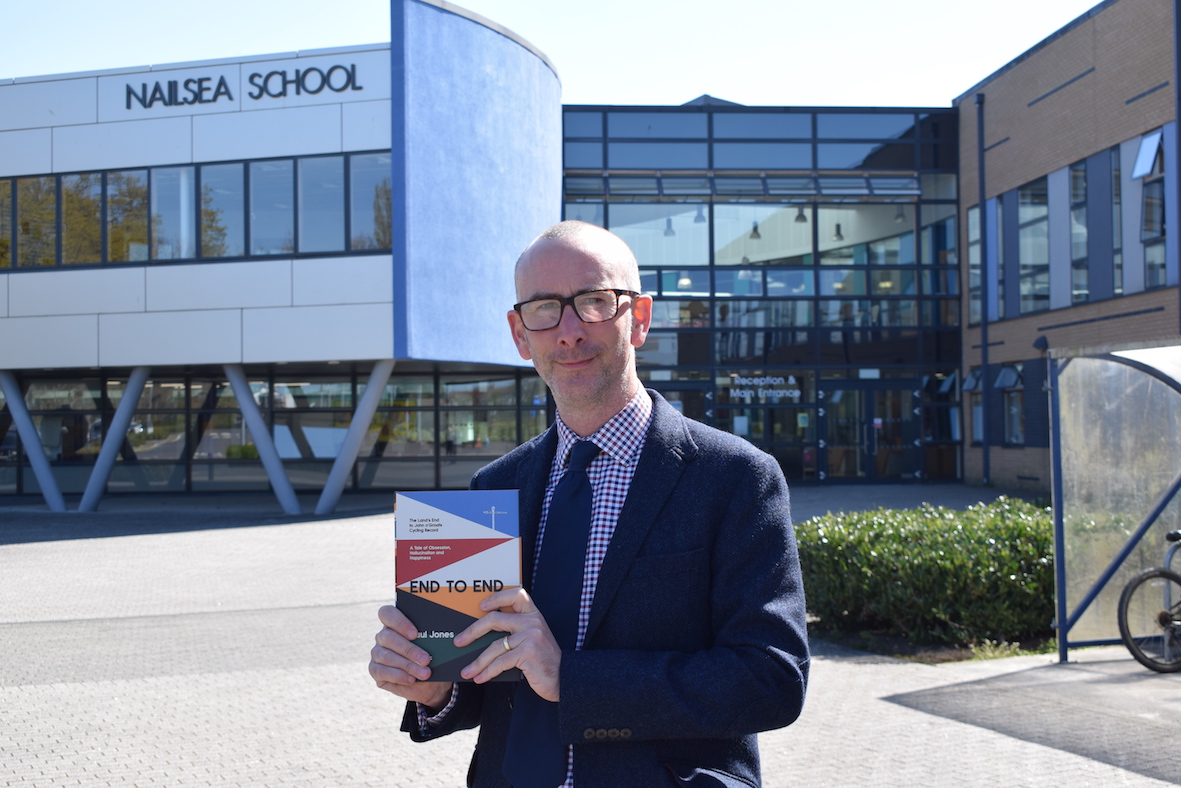 Initially Mr Jones took the journey as a simple way to frame the narrative and ‘active research’ to help write the book, however as the trip commenced the content soon developed into a deeper search for meaning and self-discovery, played out on the road from Bodmin Moor to the Cairngorms and the Caithness coast. The book is about courage, obsession and joy, but above all else, it explores what journeys mean and why we do them.

Mr Jones joined the Nailsea School English department in September 2020, and he is already making a big impression on students. He hopes his publishing success gives them something to aspire to; “End to End is about hope and ambition, but also how we cope when things don’t go according to plan. This applies to all of us; it is the journey that matters and with hard work, self-belief and aspiration we can experience success – but it might look a bit different to what we expected when we started out!”

The book has received great reviews with French literary giant Paul Fournel saying: “it is a brilliant book, a triple trip: one on the road, one in History and one into the author’s mind.”

“End to End” is published by the Little, Brown Book Group in hardback and available in bookshops now.